Well, pets of any kind, really.

See, we have a technical glitch. And his name is Tony. It’s not his fault, honest. He just has allergies. That get progressively worse. Until he gets pneumonia. Which makes pets a real problem.

Now, i have had pets. Lots of them, really. I like cats. KC, Tori, Inky, ZhaZha, Memnock (also called Numbnuts), and they all passed away, mostly in their late teens or early twenties. Sometimes I was lucky enough to be there to hold them as they passed, sometimes not. I have special memories from each of them, with their quirks and oh so different personalities. (Sarafina still lives at Anya’s place.)

And I have had a dog, Sarah. I like cats, as you might guess from the sheer number of them, but cats are pretty independent. They don’t check in with you when you come in the door. Sarah always did. She was about 2 years old when she came to me (along with ZhaZha and Inky, who mothered her as a small puppy. And yes, Inky was a boy.) Sarah was always good with the cats, even when I had 5 in the house, all at the same time. At 2, she was full of energy. By the time she got to 16, she was tired and hurting, and slept as much as the cats. But she still checked in with me, every time I came in the door. She still thought of herself as young and full of energy, ready to run around the block, in what ended up as a slow amble. She would get to the corner, and look back, remembering belatedly that her hips hurt. But she still did her walks, and she picked up speed on the way back to the door. 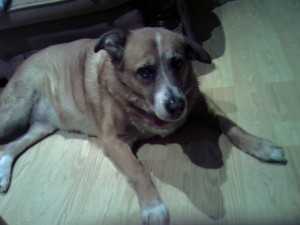 Last year, I went on a trip, and I saw friends I haven’t seen in some time.  On a Sunday in August, I got back. The day before though, she had passed away. I missed being there for her by one day. And I debated that before I did the trip, because I knew she didn’t have much time. So that was a hard homecoming.

It’s been over 6 months, and I am thinking about a pet. Not right now, because, you know, small house, Tony, allergies. Just not quite the time. But soon, when we have a place with acres. It hit me, as we were walking with the kids, that I missed Sarah. And I though, maybe it’s time.

Now, independently, and at the same time, Erin was thinking along the same lines. Specifically, that *I* needed to get a dog. So in one of our meetings, I put it out there, that I was thinking about this. And guess what? Tony had been thinking about it too. To the point that he had a specific breed in mind. A Red or Blue Heeler. Now, one of the farms that we go to has a Blue Heeler, and Tony saw a dog at the garbage disposal site, and had a chat with the owner, and it was also a Heeler. 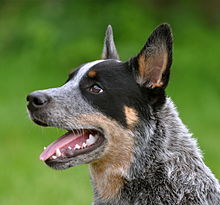 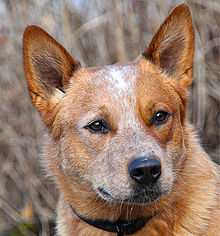 What is a Heeler? Well, it’s an Australian Cattle Dog. The Brown and white fur mixes to make a reddish colour (or the black and white makes blue). They were cattle dogs that were cross bred with domesticated Dingoes. When they herd cattle, they nip at the heels, hence, “Heelers”. 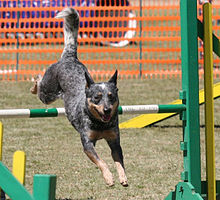 A friend has had and continues to go with Bernese mountain dogs. I met Nani as a puppy (not pictured below), and I really like Bernese dogs, though they live shorter lives, maxing at about 15 years and typically lasting only 7-8 years. At 80-105 pounds, they are giant lovable fluffballs. Just don’t let them stand on your foot. 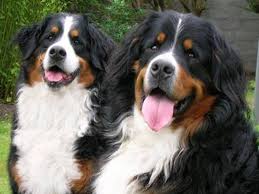 Or there is the rescue dog option. Lots of dogs at SPCA’s and they need adopting too. German Shepherds? Well, any Shepherds or Sheepdogs. Huskies maybe? A high energy dog might be too much for a family in a small place, but be perfect for a larger place, especially if s/he had work to do on the farm.

So, what kind of dog? Not positive, but definitely a working dog. When? Well, once we have a property in our hands. Age? Puppy(ish) preferred, since there is training to do, but that isn’t set in stone.

The only real requirement? He or she should be a bundle of love!