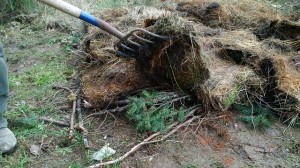 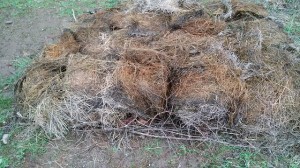 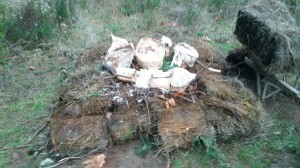 We were gifted with a deer on Friday, whole and complete, and of course we accepted. 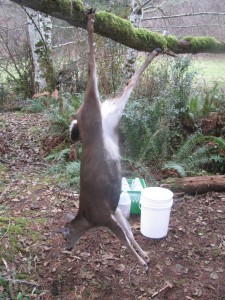 We were pretty sure that it would be a lot of work, and a lot of learning.  It was a little easier than we thought, figuring out what to do – the internet helps, of course, but we found that by paying attention to what we were doing we could tell more or less what had to happen next.  Everything took longer than we thought it would, but that’s pretty normal for us. 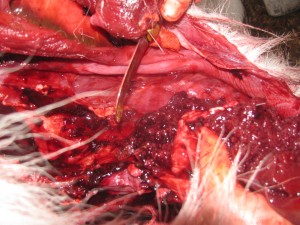 The guts were surprisingly colourful.  We saved them, so the kids could see them (and then wished we hadn’t.  Stinky!)

We hung her overnight in a cold, safe place, then skinned her over the course of the afternoon. 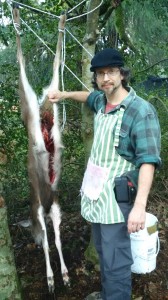 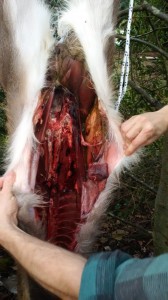 From early evening until early into the morning, Jeremy butchered.

The next day, we scraped the skin, and salted it.  We plan to tan it when we have skins in sufficient quantity, and until then, the freezer.

It was beautiful, and yucky, and amazing.  We ate venison for dinner, and breakfast, and again for dinner.  Curried venison is delicious, and we may eat ribs this week.
What a gift.